This image from the 2018 work shows the very high surface temperature of soil when exposed to the sun (over 50°C) but also the cooling of soil when protected under the shade of a tree (less than 30°C). One of the most significant effects of high soil temperature is water loss - it simply evaporates from the soil which weakens it and allows the wind to blow it away. Planting trees that provide food will reduce the deforestation.

This photo is taken from a central region of Malawi showing a very typical view of the landscape with the following main features: +

A beautiful row of macadamia trees: mature, bearing fruit and addressing ALL the issues of the deforestation image above. These trees were planted by a smallholder supported by NMT and HIMACUL. 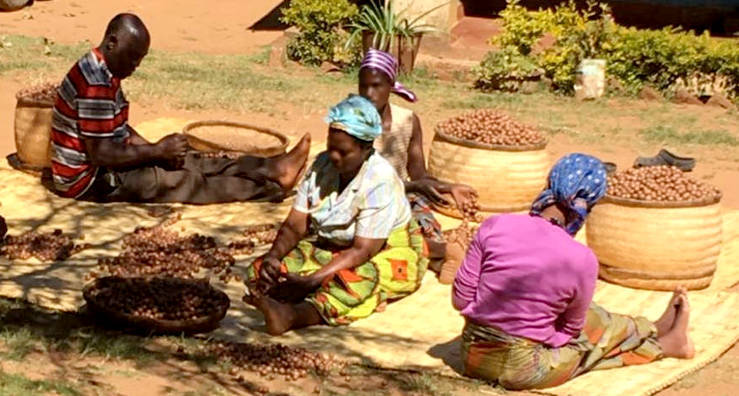 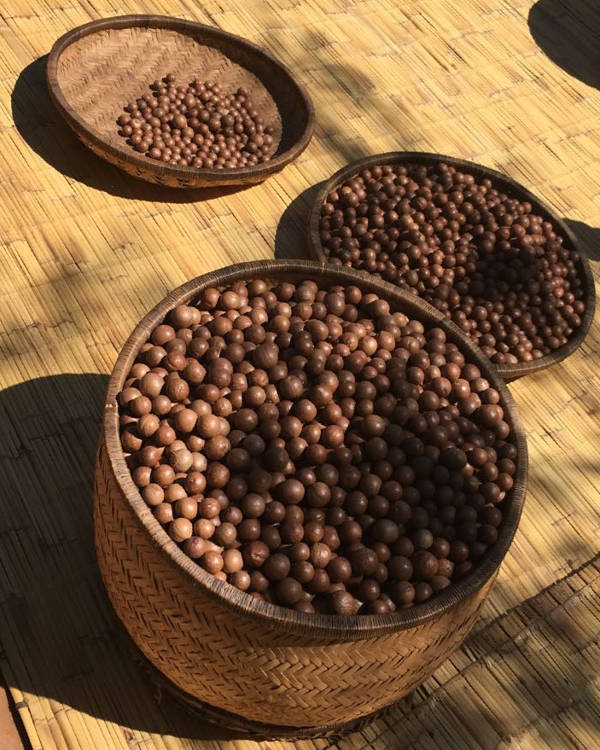 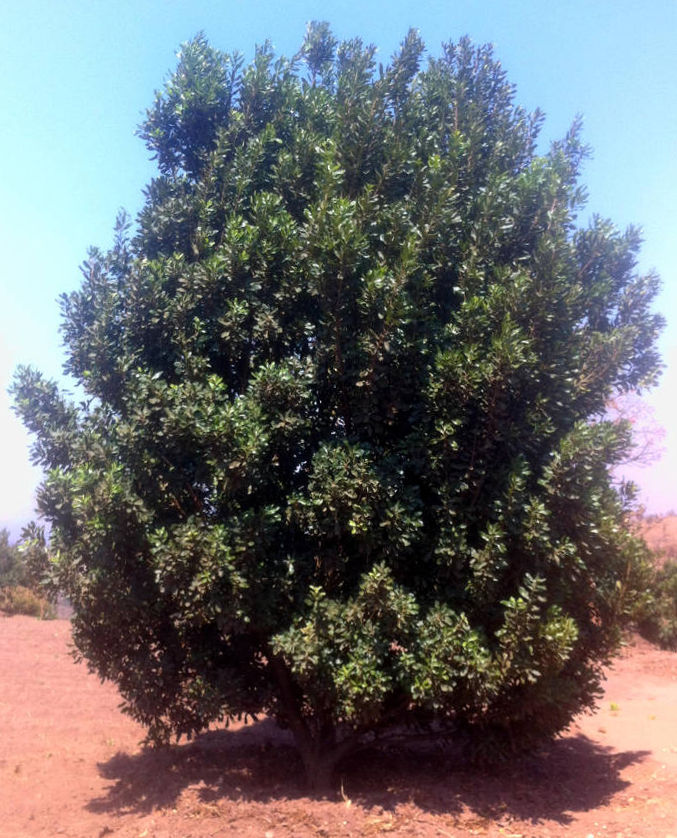 A mature macadamia tree, about 12 years old, producing 30 - 60 kg of macadamia fruit and able to live for at least 60 years depending on its environment and care it receives. 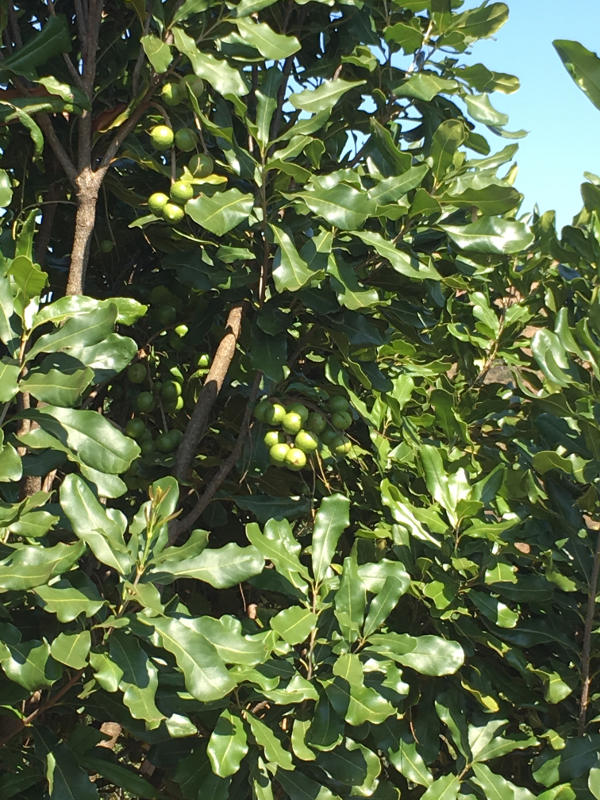 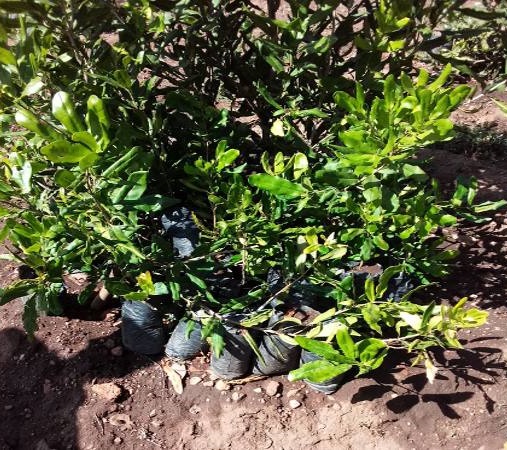 Rootstock macadamia plants ready for planting each in a large hole at least 2 foot in diameter and 2 foot deep, refilled with composted soil and well water. 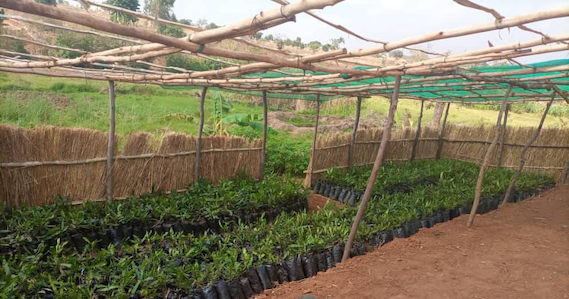 Rootstock macadamia plants are cared for under shade where they are watered and supplied nutritients until strong enough for grafting and/or planting. 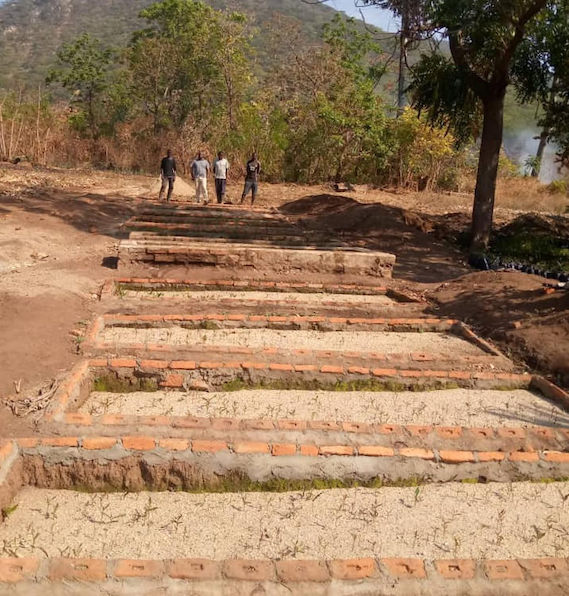 Raised seed beds are built where seeds are planted, fed and watered until shoots form on seedlings that are strong enough to then be planted. Each bed can hold a few thousand seedlings. 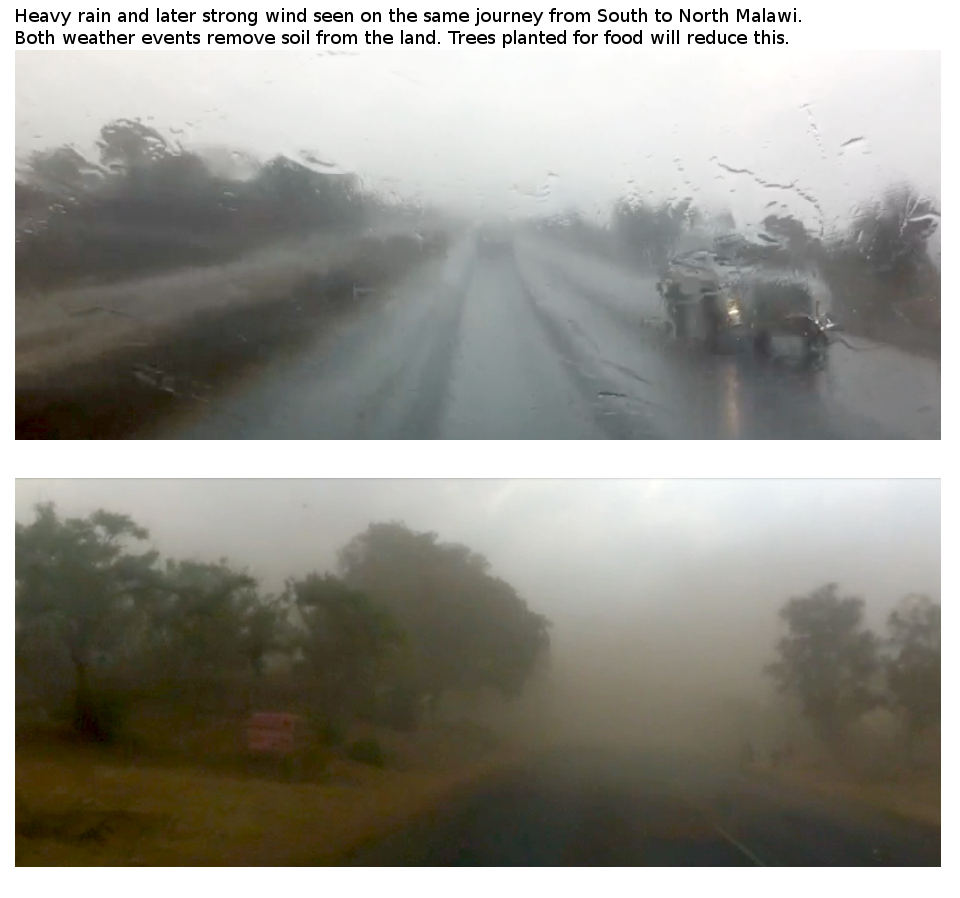 Even on a single journey from South to North Malawi separated by less than 3 hours showed two weather extremes that contribute to soil erosion. Very heavy rain followed later by hot dry windy weather. Both remove fertile soil from the surface and both are exacerbated by deforestation itself.
Removal of trees increases rainfall ruin-off and flooding - which can be extremely severe in rainy season countries like Malawi. Wind erosion of soil is also prevalent and removal of trees wekaens soil and remove shelter from the wind at ground level.