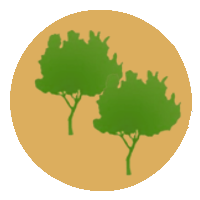 Malawi has suffered from huge deforestion especially in the last few decades and, as a result, major crises have occurred such as the 2001/2002 food crisis. A major and very important benefit of agroforestry such as with macadamia trees is that it enables the land and soil to recover from deforestation. As soon as a tree is established the benefits include: